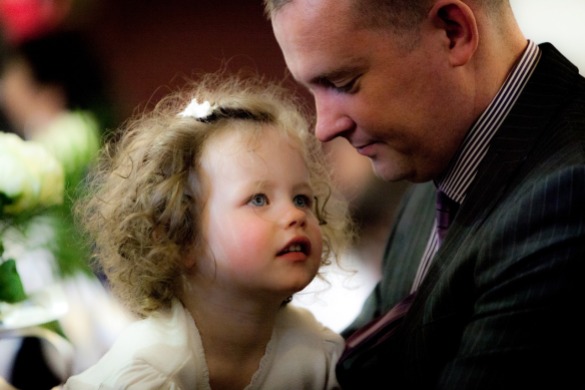 When I was growing up, I was not very close to my father.  In fact, as I got older in my teen years, my relationship was almost non-existent.  We rarely spoke.  Although I badly wanted to have a relationship with him, part of the problem was due to the fact that he was an only child. He also experienced the loss of his mother at the age of twelve and the rejection of his own father soon after that loss.

Needless to say, he was not given a good fatherly image nor was he able to truly deal with all the heavy baggage he carried as he aged.

When I was in my twenties and dealing with my own hurts and pain, I began to read a book about fathers.  It was a deep book emotionally for me that confronted the issues of fathers and daughters.  At the end of the book there was an assignment to interview your father.  I was somewhat reluctant, but at the same time, I wanted to have some answers in order for me to move forward in my life.

It was during a picnic in which I asked my father if I could interview him.  He was surprised but gladly obliged to my request.  What I had not expected was his response to my third question. In his answer, he broke down crying.  He then began to spill out stories from his past that he had never dealt with before.  It was not that I had a loaded question to ask him.  It was just a very simple one about himself.

It was during that interview that I realized how fragile, vulnerable, and sad my father was.  He bared his entire heart that day.  At the end, he thanked me for asking him to do the interview.

What I learned and became very aware in that moment, is that fathers have feelings, hurts, and sometimes a painful past that they have never healed from.  I didn’t see him as weak, but instead, broken.  Major influences in his life disappointed him or caused suffering in his life.  He didn’t know how to be the father that I needed because he didn’t have the father that he needed – mentally, physically, emotionally or spiritually.

He has since attained the knowledge of the Heavenly Father who has healed most of his wounds.  Since then, he has reached out as a father in a tremendous way that has been loving and lasting in many aspects of my life.

Today, fathers all across the world struggle as a parent.  They have their own past that they may have not healed from.  They have also made mistakes, don’t know how to parent correctly or never had that opportunity to see a good example in their own life.

With all of this said, if you are a dad, it is NEVER too late to be the father you have always wanted to be.  The best mentor and example is the Heavenly Father.  He is continuously there for guidance and wisdom.  He delivers discernment when you need it.  He pours out His love daily so that you may in turn pour it over your own broken and hurting teen.  When you don’t know how to minister to your teen, seek out the Lord to show and teach you through prayer and throughout the scriptures. Participate in father support groups and spend time to really listen to your teen and in response give them hugs, praise, prayer, and encouragement.  Teens today really, really need their dads.  Just as God is our foundation in all things, a teen needs their father as their foundation.

Today, start anew with Father’s Day.  May Christ be the light and source for all your needs and wants as you continue down the road of fatherhood.

The righteous man walks in his integrity; His children are blessed after him.

This blog educates on many different topics that affect parents with teens/young adults in crisis.  Please use the search bar above to guide you to the topic that best describes the issues you are facing.